Draw state diagrams for deterministic finite automata accepting each of the following languages: 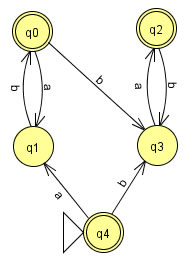 As soon as we have seen two 1's in a row (and are in state q2), any zero will mean instant death, because then we will have seen 110. In fact, state q3 could (and probably should) be eliminated from this FSA altogether, since it's actually just a part of the implied dead state.

Transition table for 1b:

Draw state diagrams for nondeterministic finite automata accepting each of the following languages: 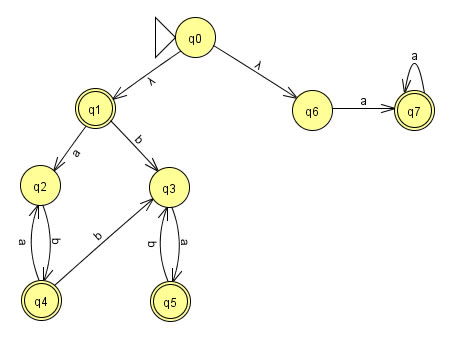 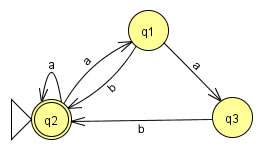 One way to do this problem would be to directly translate the regular expression into an equivalent machine, not worrying about what everything "meant". This would ensure that your machine was correct, because it can be visually verified that it does the same thing as the regular expression:

Another way to do this problem would be to analyze and simplify the regular expression to see what sorts of strings it actually accepts. One can quickly conclude that the following FSA is also equivalent to this regular expression:

There are standard procedures for simplifying FSAs and regular expressions into their "minimal" forms.

This is the transition table for the complicated 2c. I'll let you figure you the simple one.

Problem 3 - Relationship Between DFSA and NDFSA 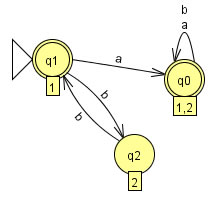 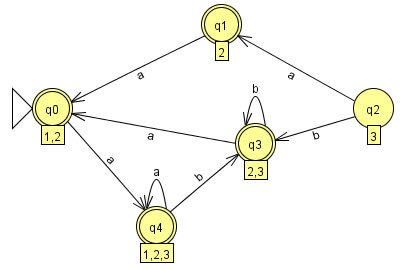 Prove that every NDFSA can be converted to an equivalent one that has a single accept state.

The basic intuition of a proof for this should revolve around the fact that it is always possible to make this conversion using this process: